Start typing and press
Enter to search
Skip to content

Sometimes I wonder if life is really an alien experiment to see how we humans react. The beginning and middle of our adventure was ridiculous, so there was no reason it shouldn’t end in shenanigans.

The first time my four year-old ran away at the Haines Fair, we discovered her in the bouncy house. Later that day, I was cleaning up glass off the carpet when she locked herself in the camper bathroom and couldn’t get out.

“Mommy, let me out!” my errant fair fairy cried. We tried talking her through unlocking the door, but her little fingers couldn’t release the lock to free her from her claustrophobic confinement. Jason climbed on top of the camper to look down into the bathroom skylight.

This went on for a while and soon my daughter’s patience turned to frightened sobs as she pleaded with us to free her from her stinky prison. In the meantime, I cut myself on some glass and started bleeding profusely. What else could go wrong?

“I guess I’ll have to take the door off,” Jason said. Within minutes he had unbolted the entire door, freed Taegan, the glass was cleaned off the carpet and I had located a bandaid.

Now it was time to go listen to Ozomatli!

When the sky wasn’t a torrential downpour, gale force winds stirred up a sand storm on the fair grounds, making it feel more like Burning Man than the SE Alaska State Fair. During the evening raging gusts almost blew our friends’ tarp off and snapped a tent pole in half.

By the last day, the fair workers were so happy it was almost over that they let Olin come in free. They also allowed our four-year-old, Taegan, to climb the three story climbing wall, although she was technically too short. Her first time up she struggled. Bound and determined she tried again, and made it all the way to the top to ring the bell!

Not to be outdone, her older brother decided to try the climbing wall also and made it to the top.

The ferry workers, fed up with measly wages, benefits, and poor treatment, continued their strike. Needing to get home, we booked a last-minute ride to Juneau on a whale-watching boat. As this was a smaller boat, we had to leave our truck and camper in Haines while waiting for ferry negotiations to resolve. Our only issue was that all of our necessary house wares were on the camper, including our coffee pot, broom and dustpan, bedding and pillows, pots and pans, refrigerated goods, condiments, bicycles, life jackets, kids’ car seats, guitar, computer, rain gear, sun gear, clothes and toiletries. After our trip we couldn’t afford to break the bank anymore, so we decided to pack it all up and carry it on the boat with us. What ensued thereafter would have been pure comedy, if it hadn’t have been so scary.

The night of our 9:30 pm last-minute boat departure to Juneau, our friend whose tent almost split in half dropped us off at a dock that looked a mile long. The winds were gusting around 45 mph and the ravaged sea looked ravishingly ominous.

We began to unpack our bags: one, two, three, four… Twelve bags in total, plus two bicycles!?!

Oh my gosh, how the heck are we going to carry all of this stuff all the way down to the dock?!It looked like it would take at least fifteen minutes to walk down to the loading platform.

Already it seemed like there were a hundred people crowded on the skinny dock, each of them with suitcases. One strong gust could knock any one of them into the water. I noticed in the dusky light that the boat hadn’t even arrived.

Stacking backpacks, booster seats and bags on rolling suitcases, our four- and seven-year-old rolled a suitcase and schlepped a backpack. Jason looked like a gypsy laden in seven bags plus two bicycles, toting a comforter, pillows, food, clothing, and my computer. Making our way down the narrow plank, we clutched our hats so as not to lose them in the frigid wind. After many arduous minutes we finally arrived on a small floating dock 3 feet above the water.

That’s when I noticed that our precious children were standing right next to a three-foot drop-off into the stormy sea, and there were no side railings protecting them from one strong gust of wind blowing them off. The dock was high enough from the surface of the water that even an adult wouldn’t be able to climb back on. In any other instance I would have made my kids wear a life jacket, and children are required to wear life jackets in all harbors around Alaska.

I grabbed my daughter’s hand and did not let go, making it impossible for me to carry the additional bags. And still the boat was nowhere in sight! How much longer would we have to wait on this death trap? It was all starting to feel like a sad joke. We decided to head back up the long, windy ramp and down onto the beach to wait in safety for the boat.

We boarded the ramp and headed down the dock that was now even more crowded than before.I put the kids downwind from me to shelter them from the gale force winds. The blessed crowd insulated the children from the cold and kept them from falling over the edge of the dock into the unforgiving ocean.

As we watched the catamaran approaching, I recognized the band that I had enjoyed last night. Ozomatli look cold and annoyed. They probably hated Alaska by now.

“Dude, it’s July 25th,” the guitarist said to the drummer. “What’s this place like in September?!”

The boat pulled up to the dock and the crowd let out a whoop. The captain announced that they had to check every one of us off individually, so sorry about the wait.

Waiting in the line, I turned to my seven-year-old and instructed, “You’re going to be faster because you’re small. As soon as we get on the boat, I want you to find us a good spot for all four of us, and save it. Got it?” Olin nodded.

It was only a few minutes later Olin noticed a space in the crowd. Instantly he made a run for it, Taegan in tow, and bee-lined straight for the gangplank. He passed up the ticketing agent, who didn’t even notice, and all the other adults waiting to get on. Before I knew it, he and his little sister boarded the warm boat, leaving me on the dock in a combination of shock, amusement, and embarrassment.

“Go ahead,” the guitarist from Ozomatli said to me, allowing me to cut in.

“This is why it helps to have kids,” I responded.

By the time I boarded the whale watching boat/ ferry shuttle, Olin had reserved a beautiful long bench with a table in the back, by a window. As sky darkened from ink to pitch black, the rain danced against the window, we snuggled in and the children fell fast asleep on my lap.

Visions of puffy clouds from the Yukon danced through my head, cotton candy the size of a porcupine, my kids ringing the bell on top of the climbing wall, dancing the salsa to Ozomatli in the sunshine, and the howls of the coyotes in the middle of the night…

I couldn’t wait for next summer when we’d be back. 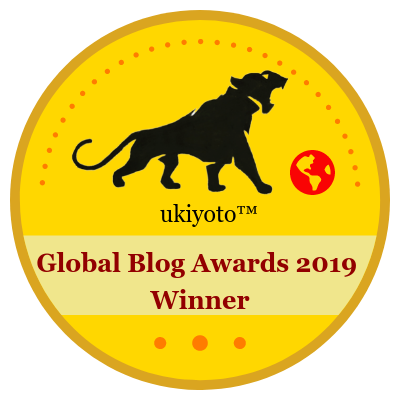